The Distraction Game. Surveillance State and Pedos Freaking Out

By Prepare for change. 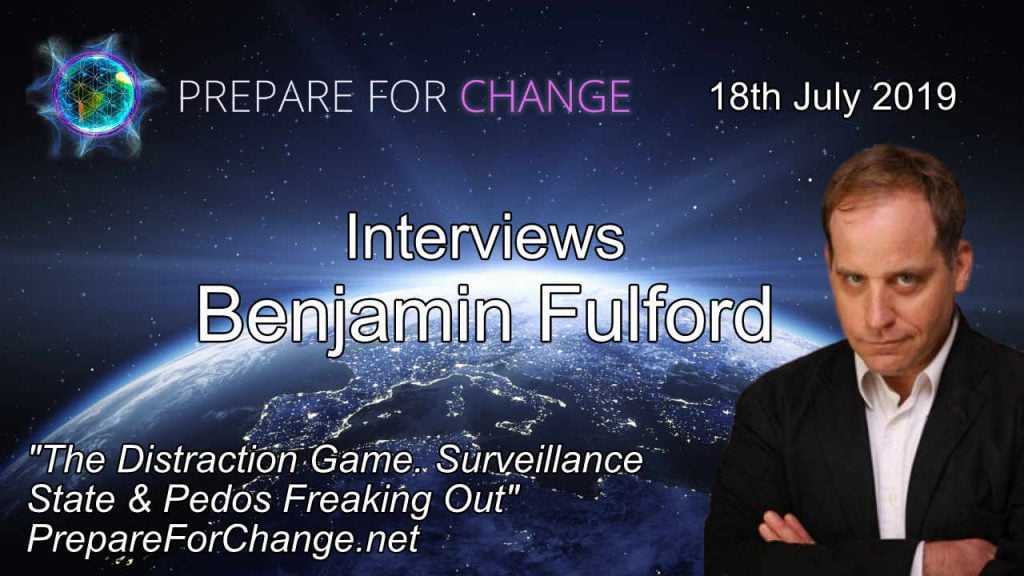 In this interview recorded the 18th July 2019 we discuss such topics as the French / British Rothschilds, Korea unification, Iran and Turkey with some history of the area. Finally, Benjamin suggests the Air Force should hide anything they don’t want shown and let the 1.5 million public enter and photograph Area 51. We also cover the distraction that is the happening in politics and how we need a new system with new people who are trustworthy and competent instead of puppets reading from scripts.
Our interview series will continue after Benjamin’s summer break, so expect to see new releases with Benjamin come September 2019. If matters happening in the background at the highest levels go smoothly, then we might be expecting big announcements and changes this coming fall.
The old system IS collapsing and we’re seeing the death throes of the old guard. Until we’re finally fully liberated, we must keep applying pressure to the old system.
For previous releases in this long-running series of interviews:
https://prepareforchange.net/category/interviews/benjamin-fulford-interviews
Let’s take our cue from Benjamin Fulford and turn our world into a wonderful place!
As Benjamin says, don’t just sit on the sidelines, pick up the phone and call your elected officials and respectfully demand answers to these gross atrocities that have plagued our way of life for far too long. The stronger our collective voice, the quicker we affect change.
Please consider a donation
We are an all-volunteer organization. We do set aside a little money to support our website, but nearly all of your donations to PrepareForChange.net support about 460 children in an orphanage we funded in Malawi, Africa.
Think about donating to these children, who have lost their parents. You can donate here.
As always try to raise your vibration and remain loving to one another, we’re all one, and we’re all going to bring about a new world!.

Compiled by http://violetflame.biz.ly from:
Benjamin Fulford Interview: The Distraction Game. Surveillance State & Pedos Freaking Out
Farmer Conducts Experiment Using GMO and Non-GMO Corn, Discovers Sobering Truth
Amazon CEO Confirms They Automatically Store Alexa Recordings Indefinitely
Proven Steps To Get A Good Night’s Sleep Naturally
What All elite Know That You Don’t. Want to stop them? Redirect Your Power!
Top 19 Tips to Reduce Your EMF Exposure
France Has Assassinated 22 African Presidents Since 1963
Most Americans Can’t Afford to Pay Rent, Eat Food, Buy Stuff, or Get Sick (And It’s Just Going to Get WORSE)
Jesus Did It, Buddha Did It, Muhammad Did It – The Healing Tradition of Fasting
‘This doesn’t look like the best economy ever’: 40% of Americans say they still struggle to pay bills
Satanic Attack On Humanity Is Clearly Unveiled
Nanoparticle additives in your food
Junk food causes irreversible damage to young men’s fertility
Benjamin Fulford 7/15/19 Report: Execution of George Bush Sr. doomed JP Morgan, Deutsche Bank, Merkel
COBRA 7/17/19 Report: The Tower Card
4 Tropical Fruits That Are Winning in Health Trends for Good Reasons
The Economic Bubble Bath
How Exactly is Israel America’s Greatest Ally and Friend in the Middle East?
Don’t Waste Your Limited Time and Energy Regretting Your Past
What you need to know about blood sugar


Like this! please bookmark. It is updated daily
(email:nai@violetflame.biz.ly)
PT: a chama ~ Israel ou Cazária!? ~