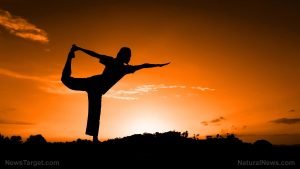 Have you ever thought about joining a club that was 36 million members strong in the United States alone? A club that’s grown at least 50% since 2012?
You may not realize it, but if you’ve ever considered trying yoga (which a third of Americans have already done), then that’s you.
Some people are interested in mindfulness and peace of being that yoga promises. Others want to gain flexibility and strength enjoyed by regular yogis. And still others want to mitigate back and joint pain, which yoga has been proven to help.
But a cursory Google search for beginner’s yoga is completely overwhelming – there are more than 6,000 yoga studios in America at last count, and most of them are trying to sell you classes for the New Year. (Nothing wrong with that inherently – it doesn’t get much more consciously capitalist than yoga studios.)
Before doing anything you’ve never done before, it’s advisable to do your research.
We’re going to break down what some of the most popular yoga styles, so that you can understand what each will provide for your body and what you should expect from each.
Let’s start with the eight arms of yoga:
Every arm of yoga is distributed differently through various styles and practices, but those tenets are woven into all kinds of yoga. 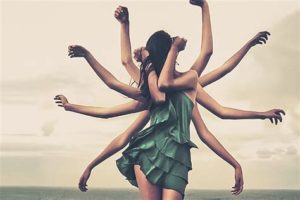 Iyengar Yoga
This kind of yoga focuses on meticulous and detailed posing. It’s slower and lower intensity in order to achieve perfect alignment with each pose.
Usually, this practice is characterized by yoga props, like blocks, straps, chairs, and bolsters.
The lesson in iyengar yoga isn’t how smoothly and swiftly you can move from pose to pose, but how tricky it can be, both mentally and physically, to stay still.
It can help with easing tight and sore muscles or in recovering from an injury.
Vinyasa Yoga
This is probably the kind of yoga you’re most familiar with – in Sanskrit, the translation is “to place in a special way,” and since it’s a kind of hatha yoga, vinyasa is recognizable because it’s a sequence of poses.
The practice is fluid and movement-heavy, traveling from one pose into its next logical pose as smoothly as possible by connecting breath to each movement.
You’ll often hear music in these yoga classes, to keep everyone engaged and awake, and although it’s not the same as high-intensity yoga, it is definitely active.
Bikram Yoga
The inspiration for the “hot yoga” fad, bikram yoga has been held in heated rooms since its inception 30 years ago.
There are 26 poses in total, always in the same sequence, and you’ll definitely find yourself drenched and exhausted at the end of it.
Bikram will definitely give you the most serious work out, but be sure to find an authentic bikram studio – the poses must be in the original order for it to be considered bikram.
Restorative Yoga
Sometimes called “yin” yoga, this is the style for those interested in yoga for its calming effects.
You’ll find lots of props in a restorative yoga class to help support students in passive poses, because you’re not meant to use energy or force.
It’s a wonderful way to inject mindful, rejuvenative rest into your life. Everyone has experienced rest that doesn’t recharge – this kind of yoga helps you be deliberate with your intentions.
Once you know what your goals are, you’ll know which yoga practice to try!
Still, trying one of each, or any other kinds of yoga, will give you the best idea of which kind of yoga suits you best, and which you’re most likely to stick with in the New Year.
Yoga For New Year, New You
Lucy Schlessinger